In March 2017, OUTA and the SAA Pilots’ Association (SAAPA) brought an application in the Pretoria High Court to declare Dudu Myeni a delinquent director in terms of section 162(5) of the Companies Act. The application is based on her conduct while chair of the SAA board from December 2012 until October 2017 when she left the board.

Myeni is opposing the action.

OUTA and SAAPA brought the case against Myeni alone, as she was the chair of the board and also acted by herself in some of these matters.

OUTA believes that this action is crucial to restore accountability in SOEs.

SOEs are supposed to act as catalysts and engines that drive the economy, but in many instances, they have become organisations steeped in maladministration and corruption. Instead, SAA has stumbled from crisis to crisis, mired by accusations of maladministration and irregular dealings. We believe this was the foundation for the collapse of the finances resulting in SAA going into business rescue in December 2019.

We hope this action will send a strong message that accountability should be the norm instead of the exception and that state officials come to respect the power which the public can bring to bear.

In October 2019, the case started in the Pretoria High Court by Judge Ronel Tolmay.

In September 2009, Duduzile Cynthia Myeni was appointed as a non-executive director of the SAA board.

On 7 December 2012, she was appointed as acting chair of the board and, in January 2015, as the chair, a position she retained until her extended term ended in November 2017. She was also a non-executive director of SAA’s wholly owned subsidiary Air Chefs from September 2009 to March 2013, then again from May 2015 to September 2016.

In 2016, OUTA exposed and stopped a deal to the value of R256 million between SAA and BnP Capital, which was irregularly appointed to source R15 billion in debt funding for the airline. Through OUTA’s intervention, a cancellation fee of R49.9 million which SAA awarded to BnP for the same transaction was also stopped.

In March 2017, the OUTA and SAAPA court application to have Myeni declared a delinquent director was filed. The application alleges that Myeni has breached the Companies Act‚ the Public Finance Management Act and the Supply Chain Management Policy of SAA. It says that Myeni has been seriously remiss in her fiduciary duties and responsibilities as the chairperson and, as such‚ has caused the airline significant harm.

These are the key allegations which form the basis of the legal case against Myeni:

1. That the board’s appointment of BnP Capital in April 2016 as a transaction advisor to SAA was unlawful.

2. That the board’s extension in May 2016 of the BnP Capital contract to include sourcing funding of R15 billion for SAA was unlawful and that BnP had by then lost its Financial Services Provider licence.

3. That the board’s decision in July 2016 to create and pay to BnP a cancellation fee of R49.9m for the failed contract was irregular and unlawful.

4. That in June 2015, Myeni unlawfully intervened in a board-approved deal between SAA and Emirates airline to block it, claiming that then President Jacob Zuma had reservations about the deal and resulting in significant financial losses and reputational harm for SAA.

5. That in 2013, Myeni unlawfully interfered in the financing for SAA’s contract to buy 20 new Airbus A320-200 aircraft for SAA, apparently to gain a financial advantage for another party. Then in September 2015, Myeni unlawfully intervened to block an SAA agreement with Airbus to cancel the purchase of the remaining 10 aircraft in favour of leasing five aircraft. Myeni’s action was intended to improperly involve and benefit a new aircraft leasing company and would cause unnecessary costs to SAA.

6. That when Ernst & Young reported to the board in December 2015 on significant problems with SAA procurement and contract management, Myeni and the board ignored the report and took no action to safeguard SAA’s interests and assets.

OUTA and SAAPA ask the court to order, if the application is granted, that any of Myeni’s legal costs in this case which were paid by any other defendant or by any public entity on her behalf, must be repaid by Myeni personally.

7 March 2017: OUTA and SAAPA served papers on Myeni and filed the application in the Pretoria High Court. The summons outlining the case against Dudu Myeni is here. The high court case number is 15996/2017.

7 June 2019: Attorneys ENS Africa filed a formal notice that they had withdrawn as Myeni’s lawyers; they apparently withdrew on 29 January 2019.

29 August 2019: Attorney Lugisani Daniel Mantsha formally told OUTA and SAAPA that he is acting for Myeni.

2 September 2019: Mantsha told OUTA and SAAPA he will not be ready for trial on 7 October.

20 September 2019: Mantsha told OUTA and SAAPA he has dropped Myeni as a client “since we have no financial instructions”.

October 2019: Myeni is still listed as a director of 13 entities, including active directorships of Centlec SOC which is the Mangaung municipality electricity utility, and the Jacob Zuma Foundation NPC. Some of the 13 entities are deregistered. A declaration of delinquency would remove her from the remaining active director positions.

7 October 2019: The case started in the Pretoria High Court, under Judge Ronel Tolmay. Myeni did not appear and did not have a legal representative in court. Instead, Myeni sent a message to the court through the lawyers for OUTA and SAAPA, saying she couldn’t afford to get from her home in Richards Bay to the court in Pretoria. The judge gave her one day’s grace to arrange a lawyer.

8 October 2019: Myeni did not appear and did not send a lawyer. Attorney Mantsha appeared, and told the court he is not acting for Myeni any longer but asked for a postponement on her behalf. This put the court in a difficult position as this was not a formal request for a postponement and it wasn’t clear whether Mantsha had the authority to appear for Myeni. The judge allowed Myeni one day to file a formal application for the postponement she wanted.

9 October 2019: Myeni filed notice of an application for postponement at 8.20pm, more than three hours after the judge’s deadline for doing this. This was filed by Mantsha.

10 October 2019: Myeni, now represented by Advocate Nqabayethu Buthelezi instructed by Mantsha, filed the formal application for postponement. Her team initially argued that Myeni needed time to find money to fund her case, but later abandoned this argument in favour of asking for a three-month postponement to allow her new legal team to prepare. The court extracted an agreement from Myeni’s new legal team – who said they are acting pro bono – that they would not withdraw and that Myeni may not fire them. The judge made it clear the case would proceed with or without Myeni (this is a civil matter not a criminal case, so may proceed without the defendant). The court refused a lengthy postponement, instead postponing the matter for 11 days.

21 October 2019: The case was postponed to 25 November, after Myeni’s team said they want to amend her original plea and join other SAA directors to the case.

7 November 2019: Myeni filed an interlocutory application challenging OUTA’s legal standing (locus standi) to bring the case. SAAPA’s standing as an applicant was not challenged. Myeni had previously raised this challenge, then retracted it, then reinstated it. OUTA’s argument against this application is here.

21 November 2019: Myeni filed an interlocutory application to change her original pleadings (this was the plea filed in June 2017), in terms of Rule 28(4) of the Uniform Rules of Court. Myeni’s affidavit, dated 4 November, applying to change her plea is here. Myeni also brought an interlocutory application, in terms of Rule 10(3) of the Uniform Rules, to join to the case 28 other people who had served with her as SAA board members, to share any blame; Myeni’s affidavit on this, dated 4 November, is here and her heads of argument are here. The OUTA-SAAPA argument against both these interlocutory applications is here; annexure A on the plea change is here and annexure B is here.

2 December 2019: The court dismissed Myeni’s two interlocutory applications (to amend her plea and to join other SAA board members to the case). The judgment is here.

12 December 2019: The court dismissed Myeni’s interlocutory application (the special plea) opposing OUTA’s legal standing (locus standi) to bring the case. The court ruled that OUTA represents taxpayers who partly foot the bill of SAA through their taxes and have an interest in how SAA as a state-owned entity is run. This judgment is here.

22 January 2020: Myeni files notice of an application for leave to appeal the judgment (of 12 December, in the interlocutory application) on OUTA’s locus standi to bring the delinquent director application. A copy is here.

27 January 2020: OUTA and SAAPA opposed Myeni’s application for leave to appeal against OUTA’s legal standing. The OUTA-SAAPA heads of argument in this are here.

27 January 2020: Myeni filed notice of an application for leave to appeal the judgment (of 2 December) which refused her permission to amend her plea. The notice is here.

28 January 2020: The court dismissed Myeni’s application for leave to appeal the judgment (of 12 December) which approved OUTA’s legal standing to bring the case. The judge said no condonation of late filing was sought, there was no merit in the application, the case had already been delayed and that justice delayed is justice denied. The judge also criticised Myeni’s legal team for unacceptable and obstructive behaviour, and ordered Myeni to pay OUTA’s legal costs on this failed application within 30 days (costs on a party party basis). Myeni's team indicated they intend appealing to the Supreme Court of Appeal. Written judgment, issued on 6 February, is here.

29 January 2020: The court dismissed Myeni's application for leave to appeal the judgment (of 2 December) which refused her permission to amend her plea, as it was filed after the deadline for such an application. Myeni's advocate told the court it was late because Myeni had been travelling extensively in December. Myeni must within 30 days pays the OUTA-SAAPA legal costs on this failed appeal attempt, on an attorney-client scale which is higher than party-party costs. While Myeni’s lawyers told the court they intend to appeal at the Supreme Court of Appeal, Judge Tolmay said that this would not halt the case. A shop steward from the South African Cabin Crew Association arrived in the courtroom and tried to intervene on behalf of Myeni; the court said he would have to bring a formal application for intervention. Written judgment, issued on 6 February, is here.

29 January 2020: After dismissing the appeal attempts, the trial itself got underway, with an opening statement from Advocate Carol Steinberg, outlining the case on behalf of OUTA and SAAPA. A copy of her statement is here.

27 May 2020: Judgment declaring Dudu Myeni a delinquent director for life and referring the matter to the NPA. The judgment is here.

18 June 2020: Myeni files an application for leave to appeal the Pretoria High Court judgment declaring her a delinquent director. Her application is here.

23 June 2020: OUTA-SAAPA file notice of intention to oppose Myeni's application for leave to appeal. The notice is here.

25 September 2020: Myeni's heads of argument in Myeni's application for leave to appeal and Myeni's response to the interim enforcement of the delinquency order are here. This matter was set down for argument on 19 November.

HERE ARE SOME OF THE COURT DOCUMENTS 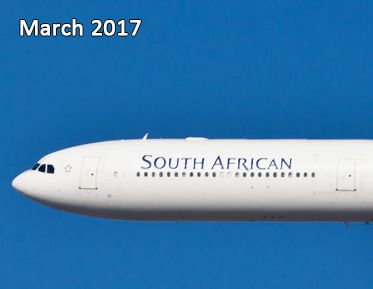 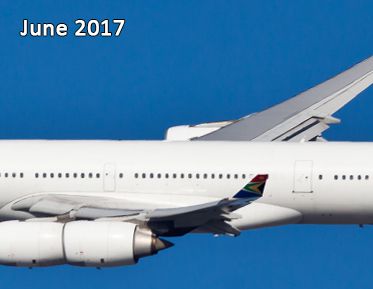 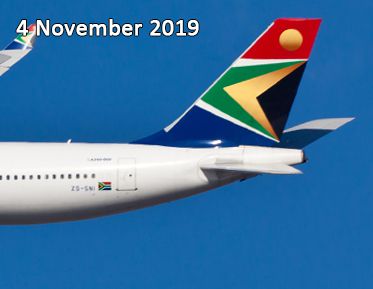 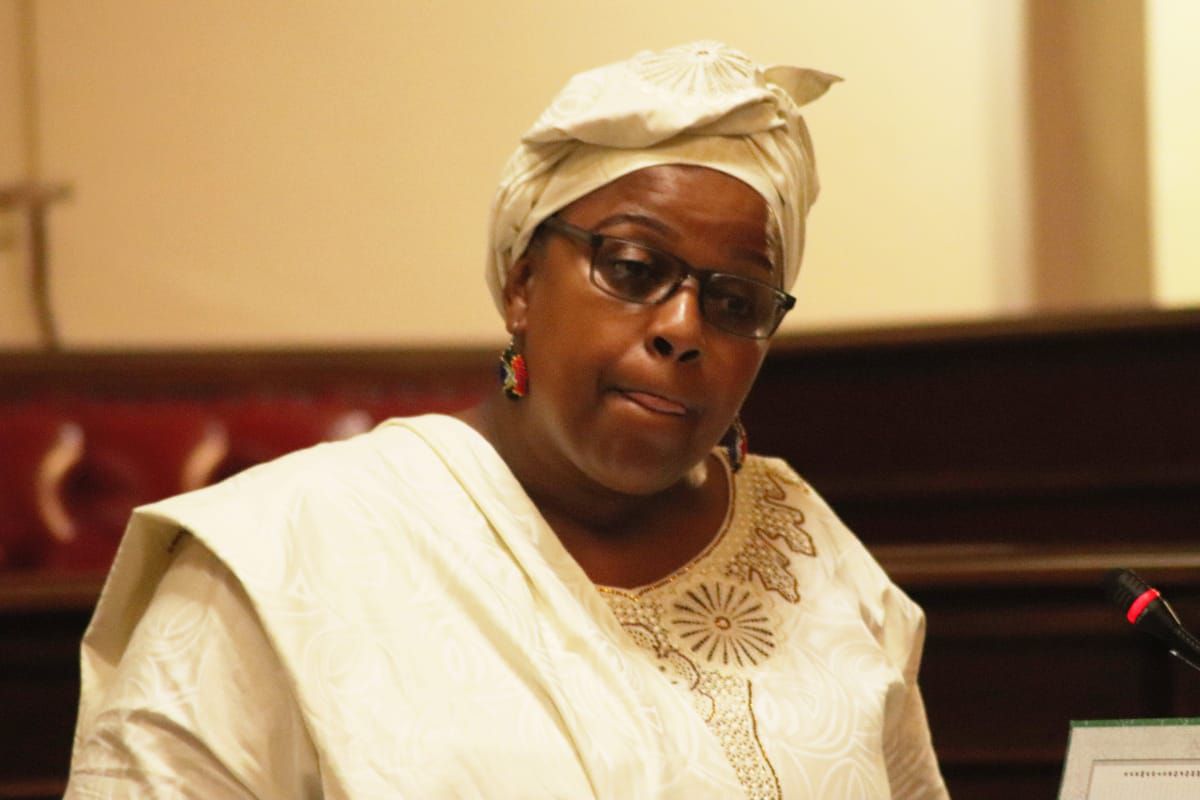 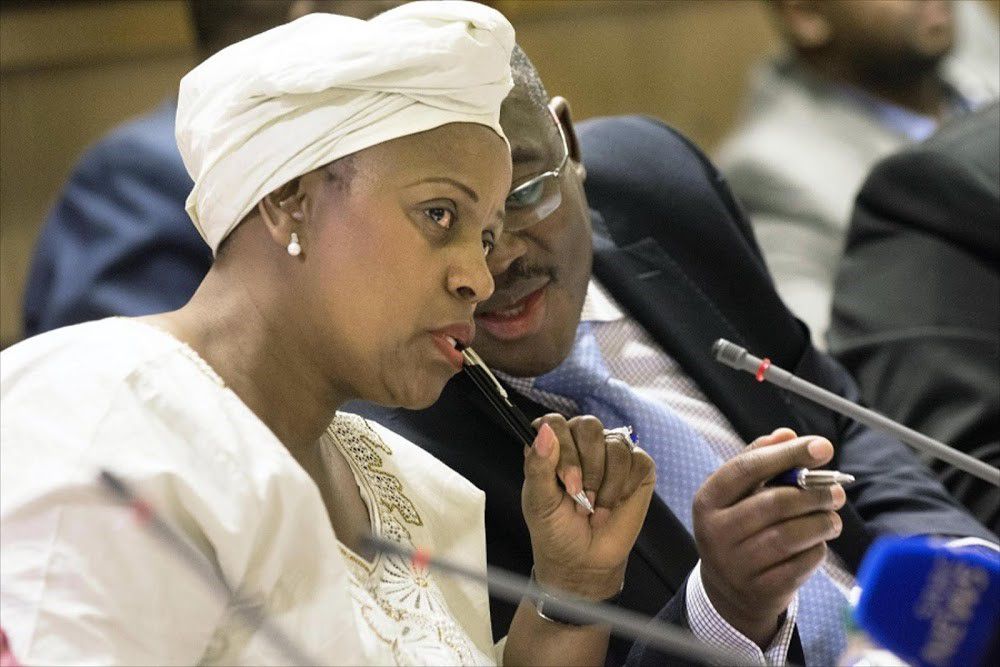 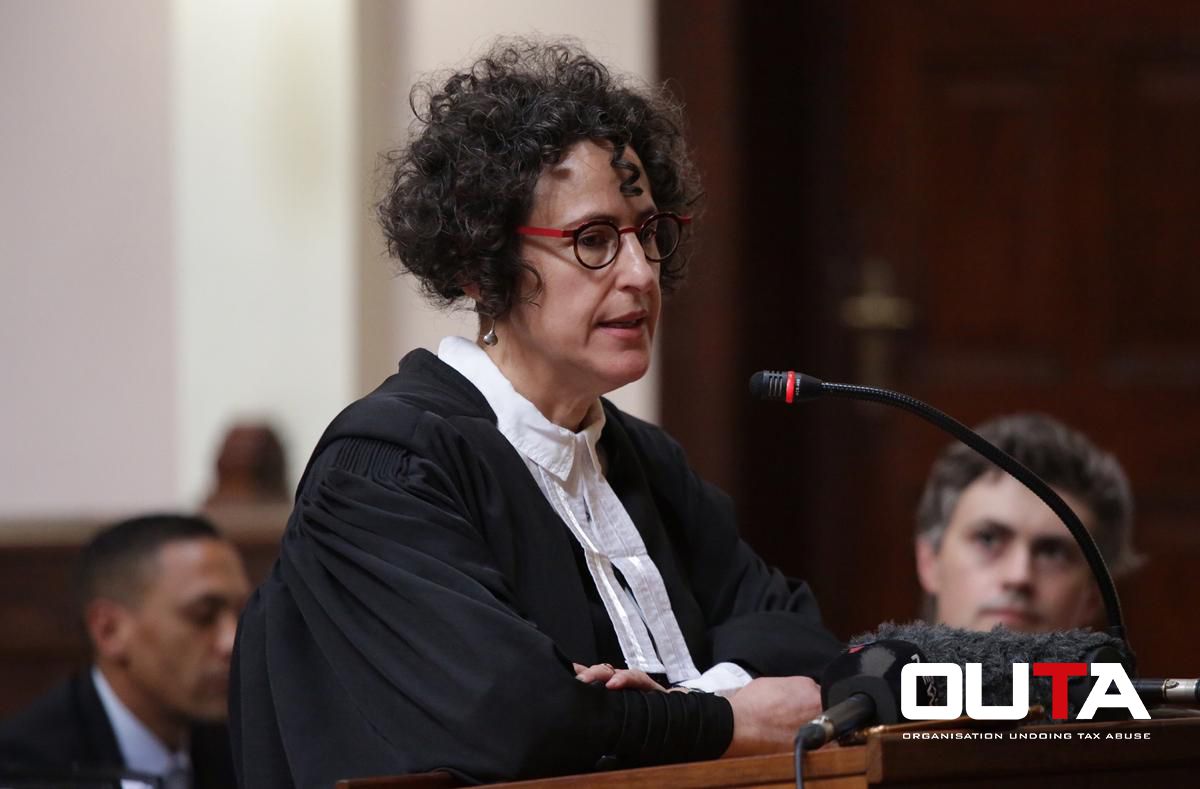