OUTA established a Parliamentary Engagement Office in 2017, which observes and interacts with Parliament. Our reports find that Parliament failed to defend South Africa against state capture and looting.

OUTA is considering legal options on challenging Parliament's rules, which allow parliamentarians to decide not to take action even on matters of clear abuse of power and government resources. These rules allowed Parliament to largely ignore state capture and allow those implicate to continue to hold senior positions in Parliament.

In November 2020, OUTA submitted an affidavit to the Zondo Commission on State Capture, detailing how Parliament repeated failed to take action against state capture. OUTA has not made this affidavit public.

Members of Parliament (MPs) are responsible for holding government officials and Ministers to account. But, instead of defending South Africans against looters, Parliament has become a haven for those implicated in state capture – not only failing to act against implicated individuals but even offering lucrative jobs to some of them.

“The lack of public trust in Parliament as an institution for the people is partially due to the widely held view that it is ineffective, indecorous, and symbolic, rather than practically willing and able to assure the accountability and integrity of public servants,” says the affidavit.

It details how the rules that govern MPs are open-ended enough to empower the elected officials to take actions at their discretion, or to do nothing at all, with no real consequence either way. OUTA is therefore recommending that the rules be reviewed.

“Members of Parliament are free to act in the immense zone of the ‘permissible but not required’ without constitutional constraint. The rules of the National Assembly and the National Council of Provinces [the two Houses of Parliament] do not satisfy the constitutional provision that states they must ensure mechanisms that effect accountability and oversight of the Executive. Political interests and biases in the interpretation and application of these discretionary rules prevent tangible consequences resulting from them,” says the affidavit.

“An institutional culture has developed in Parliament where committees were eager to absolve themselves of any oversight and accountability duty – even when the public outcry and media exposés made it politically unviable for Parliament to ignore issues entirely. Committee Chairpersons were unable to assert themselves over members of the Cabinet who outrank them in the political party they serve. High-ranking employees of major state-owned entities did not consider themselves to be truly accountable to Members of Parliament either. They instead either mocked or attacked Parliament’s authority and would often give notice of absence at the last moment.”

OUTA is considering legal action to challenge Parliament's rules, to ensure it makes greater efforts to hold errant ministers and their departments to account.

An overview of this report is available here.

The 6th Parliament, which took office after the May 2019 elections, has the responsibility of cleaning up from the last era, plus ensuring that the new executive is held to account. However, OUTA has found the oversight by the 6th Parliament to be weak and inadequate.

This report is OUTA’s second annual assessment of Parliament’s oversight, and was written by Liz McDaid, OUTA’s Parliamentary Advisor. This report was delivered to Parliament on 12 November 2020.

This report emphasises that public participation is a cornerstone of good governance, and how Parliament largely pays lip service to this. Parliament’s own public participation policy was passed in 2018 but is not implemented. That policy calls for the public to be encouraged to provide verification of the performance of government departments – for example, confirm that schools have indeed been built.

“People are not getting the delivery they are entitled to, because Parliament does not ensure that the executive does its work,” says McDaid.

During the 6th Parliament, portfolio committees assessed by OUTA were found to be using significantly less external (non-government) sources than previously. This means that Members of Parliament are relying on the very departments that they hold to account for the information on which that oversight is based. It is extremely unlikely that departments would present their weaker sides to Parliament, and the opportunity to strengthen oversight through the involvement of civil society inputs is lost.

A summary of "MPs asleep at the wheel" here and the full report is here.

In May 2019, OUTA published its first report on parliamentary oversight.

A strong Constitutional Democracy is built on an independent Parliament that holds the executive to account without fear or favour. Parliament's committees are where much of this work should happen. Such committees are regarded as the engine rooms of Parliament, where MPs from different political parties interrogate the work of the executive in their portfolios.

OUTA's first report on parliamentary oversight found that MPs often failed to hold the executive to account, either due to incapacity or lack of political will to do so.

While there appears to be a lack of action taken by various important committees around corruption and maladministration generally, there are also signs of hope in the determination of many individual Members of Parliament to ensure that the rule of law reigns in the public sector.

This goes to show that personal values of integrity, accountability, honesty and justice can, and must be visibly engrained in the day-to-day behaviour of influential public office bearers.

OUTA's "Introductory Report on Parliamentary Oversight in South Africa" was published in May 2019 and is available here. 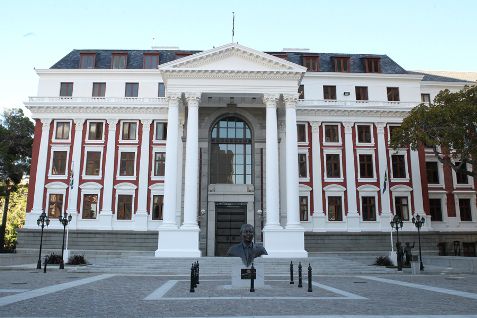 Parliamentary oversight crash-landed with the Waterkloof flight and is still struggling to get off the ground.

On 30 April 2013, the Guptas illegally landed a chartered commercial flight with 200 wedding guests at Waterkloof Air Force Base, underlining their hold over South African authorities and causing public outrage. On 22 May 2013, Parliament held a debate on the landing. But while this was the most significant parliamentary debate in years and resulted in a lot of noise, Parliament did not itself investigate the matter but merely endorsed the official government report – rushed through in about a week and exonnerating the Executive – sent it to the Public Protector and washed their hands of the mess.

This set the tone for the ongoing failure by Members of Parliament (MPs) to provide rigorous oversight.

The MPs’ ongoing failure to act decisively over years of government malfeasance meant they effectively aided and abetted state capture.

Parliament was captured, a crucial step in enabling rampant corruption to become systemic.

OUTA’s study of Parliament’s effectiveness in addressing state capture found that high-ranking ministers routinely dominate parliamentary proceedings and assert their party political authority over their lower-ranking MP comrades. This contradicts the objectivity of MPs and hampers their ability to scrutinise executive decision-making.

Parliamentary committees are where the oversight work should take place, but committees have been eager to absolve themselves of any oversight and accountability duty, even when public outcry and media exposés make it politically difficult to ignore issues completely.

The majority rule is often used to dismiss serious allegations as baseless, irrelevant, false, or misleading. Thus while there are some MPs – mainly the opposition but also a handful of ANC MPs – who work hard to implement real oversight, they are routinely outvoted by the majority, who put the interests of the ruling party over the country.

Poorly defined parliamentary rules or limitations of parliamentary jurisdiction and powers are used as excuses to not deal substantively with such allegations. The rules are broad enough to empower officials to undertake action of significant importance, or nothing at all, with no consequences either way. MPs are free to act in the immense zone of the “permissible but not required” without constitutional constraint. The rules of the National Assembly and the National Council of Provinces do not satisfy the constitutional provision that states they must ensure mechanisms that affect accountability and oversight of the Executive. Political interests and biases in the interpretation and application of these discretionary rules prevent tangible consequences resulting from them.

Recent years are littered with distressing examples of MPs’ failure.

After the Public Protector released the State of Capture report in October 2016, Parliament waited nearly a year before deciding to investigate the allegations; even then, not much came of it. Attempts to investigate the collapse of the SABC were met with a minister who simply denied responsibility. An inquiry into the Passenger Rail Agency of SA fell flat after the PRASA board failed to turn up to the parliamentary committee’s meetings. The illegal and secret nuclear deal with Russia wasn’t overturned by Parliament, but by the high court. The inquiry into the Department of Mineral Resources – and its then minister – and illicit involvement with the Guptas’ acquisition of a coal mine floundered when the minister failed to show up. The Portfolio Committee on Communications managed to find that then minister Faith Muthambi should face criminal charges, but instead of taking that further, they merely passed this on to the committee on ethics, which did nothing. The committee looking into Denel’s deals with the Guptas mixed up the names of the companies involved. MP Bongani Bongo allegedly offered a parliamentary evidence leader a bribe to torpedo Parliament’s inquiry into Eskom three years ago; he remains an MP and the matter is unresolved. That inquiry into Eskom is one of the few matters in which MPs worked together on an in-depth investigation and submitted their report to the State Capture Commission.

MPs show themselves to be uninformed, uninterested, distracted by minor issues and ineffectual. They don’t ask the right questions. They don’t pursue refusals by officials and minister to answer or even turn up, or challenge their lies.

One powerful sanction which MPs have at their disposal, but fail to use, is control over departmental budgets. Every year the national budget runs through Parliament, with departmental budgets processed by the relevant committees. And every year, whatever critical comments the MPs may make during deliberations, they always sign off on the budget. This is a missed opportunity: programmes which are blatantly corrupt, fail to deliver or deliver at an unreasonable and clearly corrupt cost, should be blocked by MPs. Instead, they are rubber-stamped.

The lack of public trust in Parliament as an institution for the people is partially due to the widely held view that it is ineffective, indecorous, and symbolic, rather than practically willing and able to assure accountability and integrity of ministers and public servants.

The Fifth Parliament allowed state capture to flourish. The Sixth Parliament – which retains some of the disgraced former ministers in influential positions as committee chairs – has a difficult legacy to overcome if MPs are to live up to their oath of office and place allegiance to the country above the party. 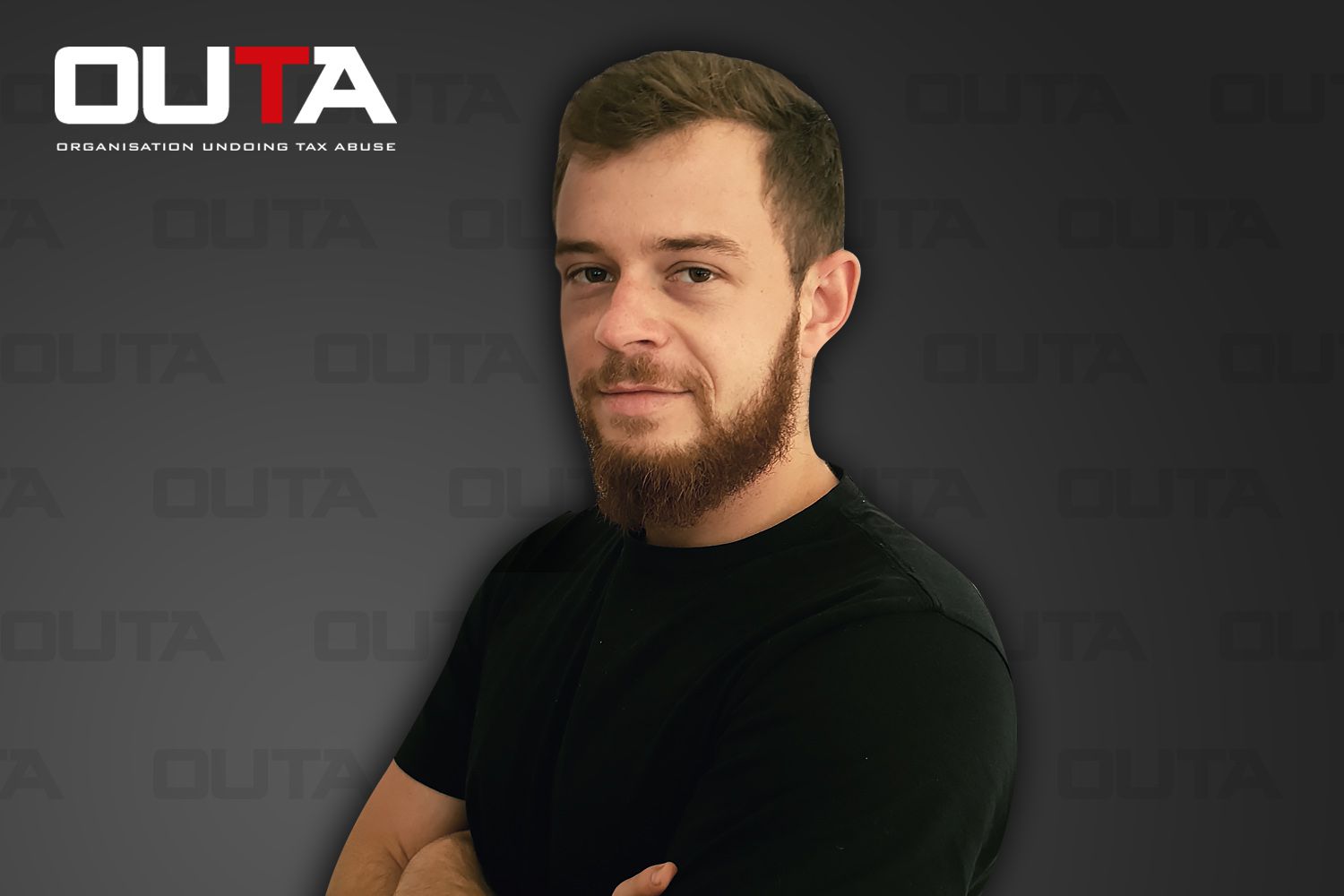 Matt has been working in OUTA's Parliamentary Engagement Office since 2017, observing Parliament's activities and helping OUTA engage with the committees.

He wrote the affidavit on the failure of parliamentary oversight, which OUTA submitted to the Zondo Commission of Inquiry into State Capture in November 2020.

Read what Matt has to say about the oversight failures at left.

The Constitution, on public access to and involvement in the National Assembly:

"The National Assembly must facilitate public involvement in the legislative and other processes of the Assembly and its committees."