Eskom has spent about R286 billion more than it should have on primary energy over the last seven years.

OUTA’s ongoing research and analysis of Eskom’s operational and capital expenditure costs has revealed that Eskom has overspent an estimated R286 billion on primary energy costs over the past seven years.

“The Electricity Regulation Act (ERA) stipulates that only an efficient utility is entitled to acquire a return on its operations for regulatory purposes,” says Ronald Chauke, OUTA’s Energy Portfolio Manager.

“Eskom is clearly not an efficient organisation and OUTA believes that if Eskom’s leadership applied prudent primary energy procurement and strong auditing practices, the primary energy expenses incurred by Eskom over the past seven years should be around R286 billion lower than they are.”

In addition, NERSA has been remiss in its rigorous regulatory oversight of Eskom’s excessive overspending.

The attached table shows a steep increase in Eskom’s primary energy cost despite a reduction in the coal burn volumes over the same period.

OUTA estimates that primary energy expenses, which are largely related to coal procurement, have increased excessively since 2010. This coincides with rampant corruption, dubious coal contracting and poor management of Eskom’s affairs at the expense of public interest.

OUTA’s research reveals that the average cost of primary energy has increased by 347%, from an average of R18.7 billion per annum (2007 – 2009) to R83.6bn per annum during the RCA application period.

“We are aware that Eskom procures most of its coal requirements through long term and ‘cost-plus’ contracts, indicating that the spot prices should not impact the overall coal bill, as Eskom disclosed in its application,” says Chauke.

Eskom’s poor leadership judgment has also led to the utility entering into “take or pay” coal supply contracts for Medupi, regardless of massive construction delays.

In addition, Eskom’s leadership has not effectively managed its human resources and productivity, translating into an estimate increase of 14 900 staff (46%) whilst output has declined. This resulted in R9 billion extra costs. 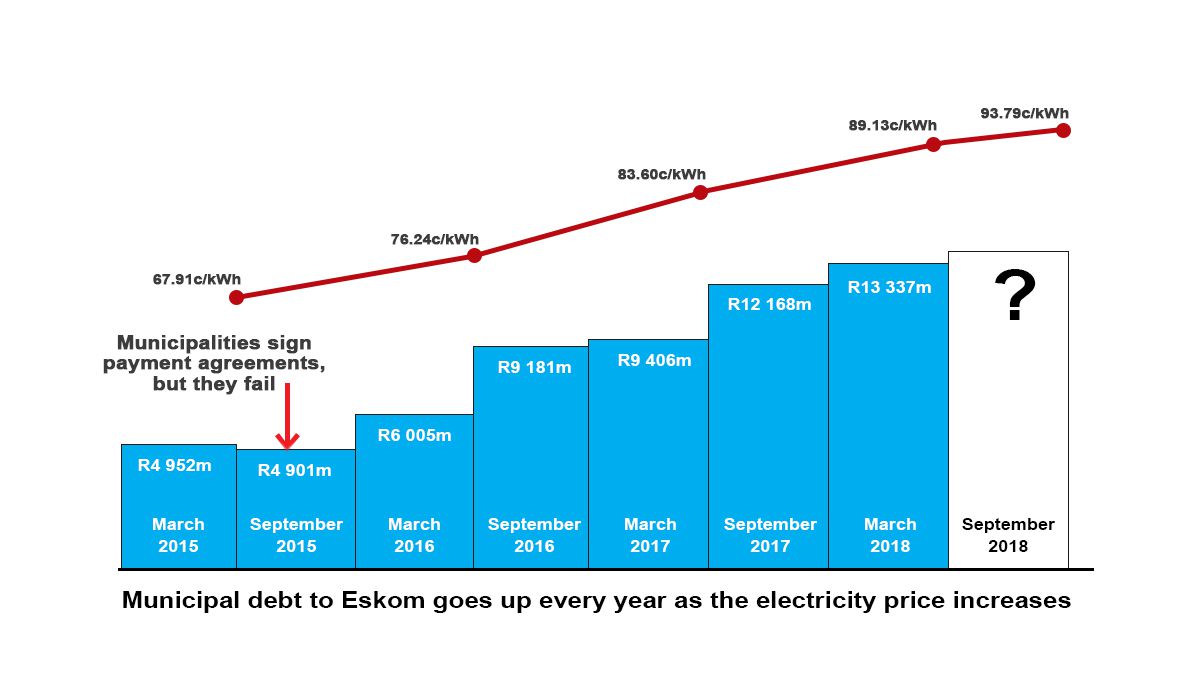 OUTA’s report on state capture is being discussed by another parliamentary committee on Tuesday.