Dudu to appear in court.

Myeni’s lawyers are now due to respond and their first – and only – witness listed is Myeni herself.

She is expected to appear when the case resumes on Thursday. The case is being heard in the Pretoria High Court.
The Organisation Undoing Tax Abuse (OUTA) and the SAA Pilots’ Association (SAAPA) brought the application to declare Myeni a delinquent director in terms of section 162(5) of the Companies Act in March 2017. The application is based on her conduct while she was chairperson of the SAA board from December 2012 until October 2017 when she left the board.

The court hearing started in October 2019 and was initially delayed by Myeni’s failure to turn up or appoint lawyers. She subsequently brought three applications against OUTA and SAAPA in an attempt to halt the case, but lost all three.

“We are grateful to the whistleblowers who stood up to Dudu Myeni and were prepared to give evidence against her. They showed courage and ethics in a difficult situation,” says Advocate Stefanie Fick, OUTA’s Chief Legal Officer.
“We are looking forward to Myeni’s appearance.” 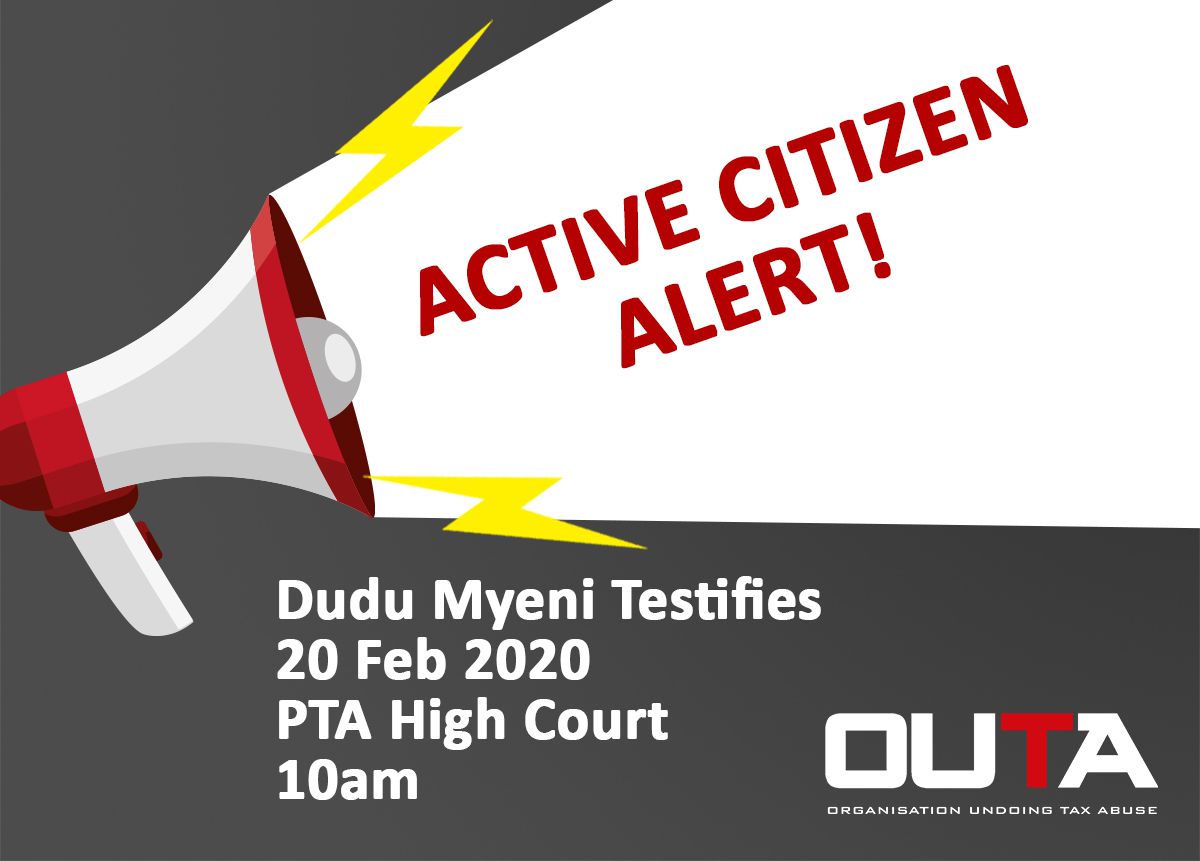 We want the documents we asked for in our PAIA application.