Following the recent admission by SANRAL Spokesman, Mr Vusi Mona that SANRAL have only collected less than 1% of the outstanding e-toll debt during the first month of the e-toll discount dispensation, OUTA is now convinced that the e-toll scheme has officially collapsed.

According to Mark Ridgeway, the COO of the Electronic Toll Collection (ETC), the outstanding debt by those supporters of the public who were not paying e-tolls was R5,9 billion, calculated at the 60% discounted tariffs. In OUTA’s opinion, SANRAL’s latest dispensation, which offers the public a 60% discount if they settled their outstanding debt over six months between November 2015 and April 2016, is their latest desperate attempt to lure the defiant public back on board.

“Their dispensation offer is supported by another multi-million rand marketing campaign and kicked into play on the 2 November, and has clearly been a disaster, if it has only managed to raise a dismal R40 million, which is less than 1%, of the outstanding debt,” says Wayne Duvenage, OUTA's Chairman. “November was the first and most critical month of the dispensation, during which time SANRAL needed to see a significant uptake of their discounted offer, to convince their bosses that the scheme might be sustainable.”

The Opposition to Urban Tolling Alliance (OUTA) had calculated that a claw-back of less than R500 million collected per month on average for the six month period, would still put the scheme at risk, as even at this level of uptake, the scheme would still have less than 50% compliance. To learn that SANRAL have only reclaimed R40 million in the fist month of the dispensation offer, is an indication that the scheme is now dead and buried.

“In our opinion, there is no way the e-toll scheme can recover from this reaction to their latest dispensation,” says Duvenage. “The public have spoken and accordingly they have sent a strong message to the government that they will not be coerced, intimidated or fooled into paying these irrational e-toll taxes.”

The time has arrived for the Minister of Transport to now step in and call off this charade. SANRAL is wasting millions of tax-payers money every month on an advertising campaign that is being ignored by the public. “OUTA will not let up and will continue to fight this issue until the e-toll contracts have been cancelled and the outstanding debt from the collusive construction companies has been recovered to reduce the debt to society,” remarked Duvenage. 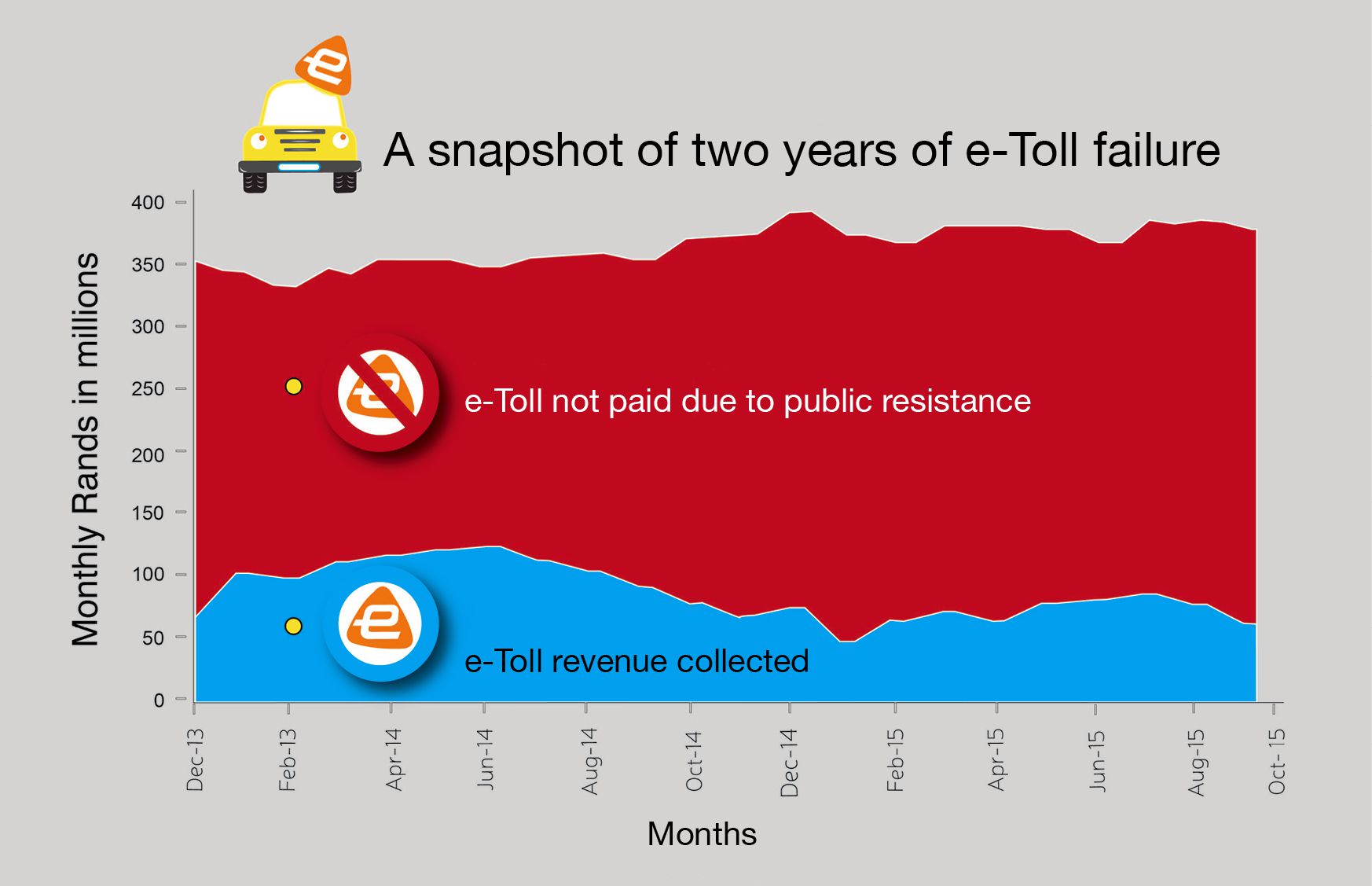 OUTA denounces president Zuma’s politically-driven removal of the astute Minister of Finance, Nhlanhla Nene, which will come at the expense of the prosperity of South Africa’s people.