On 28 June 2018, OUTA released a compelling case document which we have compiled in an effort to convince Parliament and other organs of state, including the Constitutional Court if need be, to have Jacob Zuma removed as the President of South Africa. 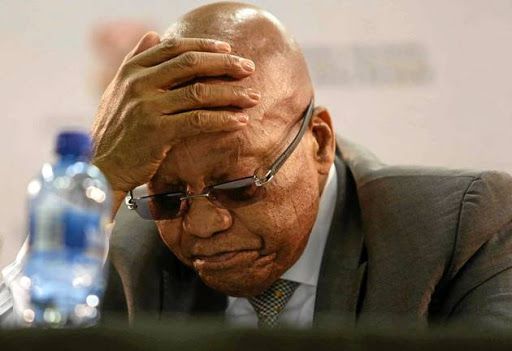 South Africans have become complacent about complaints of corruption in our government.

The allegations are endless but the accountability is nowhere.

For years, President Jacob Zuma has been at the centre of the worst corruption and state capture allegations, which he and his cronies brush off and a compliant law-enforcement system ignores.

When Members of Parliament have been asked to take sides in a vote of no confidence against the President, they have chosen the self-serving path of party politics and cushy employment rather than defence of the Constitution and accountable government. Another of those votes is now expected, and no doubt there will be a repeat of the pretence by Zuma’s defenders that there is no clear case against him.

In April 2017, OUTA started investigating and documenting the reality and extent of Zuma’s conduct and connection to state capture. What we have found is a compelling case, showing little doubt about the truth of the state capture claims.

We started with tracking and collating information that was publicly reported and often well known, moving on to legal reports and documents publicly available but insufficiently used and the records of appointments which show responsibility for decisions on lucrative and disgraceful state contracts. In June 2017, with the release of the substantial trove of #GuptaLeaks documents, we added significantly to our investigation with e-mail trails, connections between cronies and culpability; for this we acknowledge the whistleblowers and the AmaBhungane journalists who started it.

Much of this is information unearthed by many, many people from different organisations with a single goal: defence of democracy. We tasked ourselves with putting it into a comprehensive, actionable form.

Our legal team put the results of these investigations into the crucial context of legal culpability, outlining a chain of activities for which there can be no legitimate explanation.

The result is our case document, called “No Room to hide: A President caught in the act”, with bulky annexures which cannot be misinterpreted and which leaves no shadow of doubt: state capture is well advanced, it’s costing us tens of billions of rand and it’s criminal behaviour. This is a case file which should have been drawn up by South Africa’s prosecution services, if they had not been so preoccupied with in-fighting, building fiefdoms and defence of the powerful.

OUTA exists through crowd funding. We employ investigators, researchers and lawyers. This case document would not have existed without the support of thousands of South Africans who contribute to our expenses, starting with as little as R20 a month from individual supporters. You helped us write this case file. Thank you.

WHAT OUTA WANTS MEMBERS OF PARLIAMENT AND LAW-ENFORCEMENT TO DO

OUTA intends our case document to be used as a weapon in defence of good governance. First, we challenge MPs and political party authorities to read it carefully, consider whether Jacob Zuma is fit to hold any public office whatsoever and use their authority to remove him as president of the country. Second, we are providing copies to law enforcement agencies and we expect them to use it. Third, if the appropriate authorities do not start taking action against Zuma and his ruthless state-capture syndicate, we intend to use our case document as the basis for further legal action ourselves.

The full report and its annexures are in the right-hand column above.

READ OUTA'S REPORT: Click on the links below for the full report and annexures

Annexures for Chapter 2: Zuma & the Guptas

Annexures for Chapter 3: Plundering of SOEs