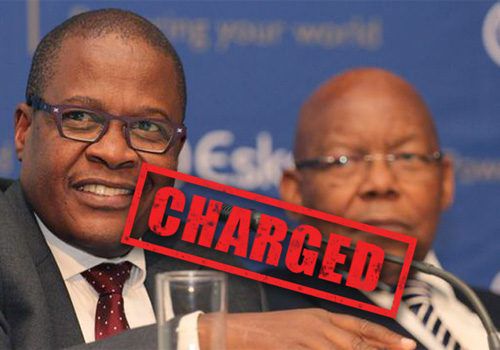 Dr Ben Ngubane resigned from the Eskom board on 12 June 2017. He’s been a member of the Eskom board since December 2014 and chair since October 2015. He’s presided over Eskom’s attempt to take on the unaffordable nuclear build, and then the unforgettable debacle with Brian Molefe as Eskom boss, then as the sort-of maybe former chief executive with the secret and irregular R30m payoff and then as the chief executive the board finally agreed to unhire. Ngubane’s also previously chaired the SABC board and the Land Bank. He hasn’t covered himself or those state-owned entities in glory.

OUTA has investigated Ngubane on a variety of matters arising from his tenure on the Eskom and SABC boards and followed up on a recent Carte Blanche investigation which exposed irregularities in the mining sector. We found allegations that Ngubane and his wife Sheila borrowed R50m from the state-owned Ithala Development Finance Corporation Ltd, used it to buy mineral rights through their wholly owned business, then failed to pay back the R50m and allowed their business to be liquidated. Even worse, the share certificates indicating ownership of the mineral rights appear to have been forged. OUTA feels that someone with so much experience in state-owned entities should have known better, and should be held to account.

OUTA laid a criminal complaint at the Olifantsfontein Police Station in Gauteng on 13 June 2017. The charges are fraud, forgery, uttering and contraventions of the Companies Act. We’ve backed this complaint up with the evidence from our investigation. We’ll keep watch for other information that might be relevant in this case and we’ll be watching over the police and National Prosecuting Authority so that this case doesn’t just disappear.

Minister of Energy Jeff Radebe released the Draft IRP 2018 on 27 August 2018 for public comment. There is 60 days for comment (until 26 October). OUTA is compiling an extensive document to submit to the Department of Energy and would like to invite citizens and industry players to add their comments and views. The final submission will be shared with all OUTA supporters.

The Integrated Resource Plan (IRP) is the long-term plan about the energy mix and associated electricity generation capacity required to meet demand. The IRP entails predicting how much power South Africa will need and how this should be produced. It assesses power generation technologies – coal, nuclear, gas, hydro, wind, biogas and solar power. It applies scenario modelling with input parameters sourced from Eskom System Operator and other areas such as economic indicators and policy considerations and sets out a base plan from the least-cost power generation options. This plan is produced by the Department of Energy, in consultation Eskom, industry players and research houses.

The IRP 2018 is South Africa’s energy blueprint for the next 20 years. As citizens who have foot the bill for corruption through astronomical electricity prices it is important for you to have your say on which energy supply SA should invest in. OUTA believes that SA should move away from coal towards renewable energy. However, this move should be done cautiously without compromising electricity supply.

Eskom uses over 90 million tons of coal per annum